From Franken-mugs and Sunday brunches with brews, TJs Brew Works holds a very special place in our hearts. Being one of Pune’s first and now iconic microbreweries, it is the go-to place for many, since the launch, which included the who’s who of Pune! Not only innovating new tastes, but also mastering unique flavors for the beer loving Punekars and many tourists have been their forte. Owing to TJs setting the footprint for bars, pubs, and a place to chill and rock to brilliant rock tunes in that part of town, it never ceased to be on top of lists. The Oktoberfest that took place in 2012 was one of much grandeur and holds its place in the fondest memories of many. Appealing to a variety of age groups, TJs is now a benchmark on its own. The constant energetic yet peaceful vibe here acts as a magnet for pleasant Saturday nights as well as an afternoon rendezvous. 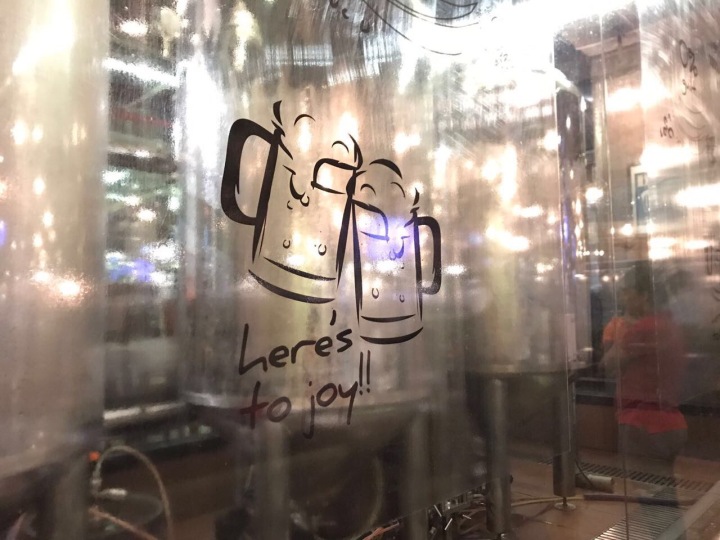 As TJs completes five years in Pune change seemed to be the only way to celebrate it for  TJ Venkateshwaran partnered with Girish Monie to keep the ‘iconic’ tag strong. This change comes as a promise to introduce healthy food and brews in their menu which suits all. 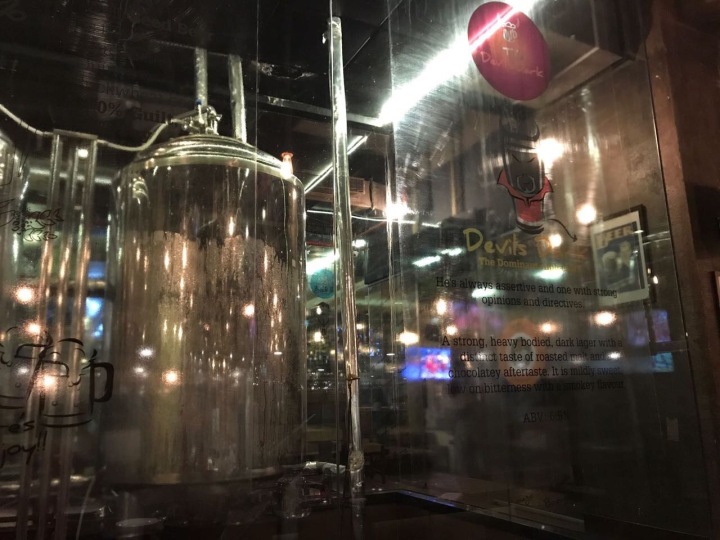 They have introduced two new brews, The Quin B and Buck B, prepared from super seeds Quinoa and Buckwheat respectively. Brewster (lady brew master) Ashwini Rajagopal’s diligent research and discussions with veteran brewer Dr. Cariapa, who has been collaborating with the microbrewery since its inception resulted in the introduction of these new variants.

Both TJ and Girish shared similar ideologies while they were independently experimenting and innovating with healthy food choices in life. They have also done some major changes in the look of the brewery. The construction remains unchanged but the look has made a major shift from TJs identity of Orange decor to a fresh green and gray scale. This is to signify their collaboration with Nudo which is the healthy, gluten free concept lead by Girish Monie and also screaming loud about health, safety and ambition.

The microbrewery with a fun dining café is spread across 6,500 square feet, which has a seating capacity for 178 guests, now has a reduced indoor seating that is building an ambient air-conditioned temperature at 20 Degrees Celsius inside. 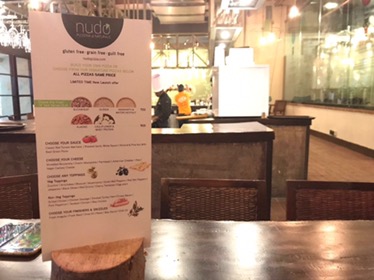 A view on the new collaboration starts with knowing more about its leader Girish, who’s story is based on the healthy alternatives he chose in his personal journey as he entered his 40s. One day when he couldn’t take a flight of stairs with his son in the arm, it was time for him to make changes in his life to not only be overweight but also to learn a healthy lifestyle. He soon moved from Dubai to Pune and accounted for 50% of his changes on food which was low on Gluten Index (GI) ingredients. He took to the kitchen with much fervor and started to experiment with various ingredients and eliminated rice, wheat, corn and refined sugar from his kitchen and life! His passion for a healthy living resulted from the kitchen to the birth of the concept, Nudo. 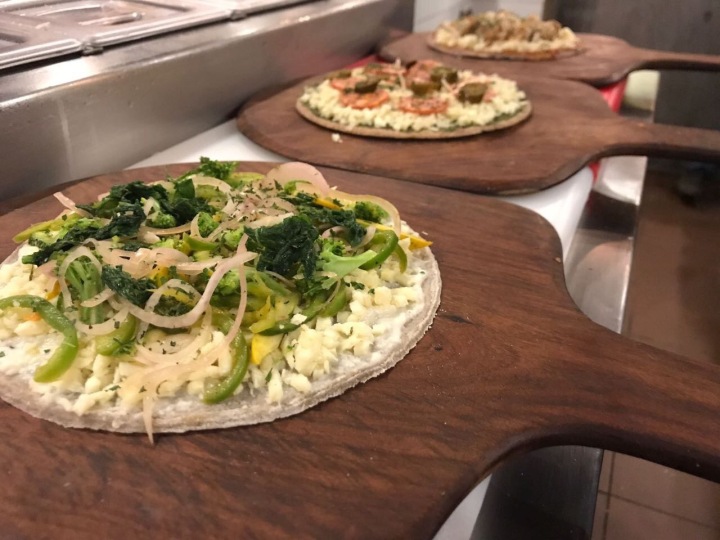 He focused on pizza dough and used anything that was lesser than 55 on the GI chart. He used ingredients like buckwheat, quinoa, amaranth (popular in Maharashtra, known as Rajgira), cauliflower and whey protein. He also started cooking with nuts like almonds, hazelnut and locked on the pizza which he could prove himself with. 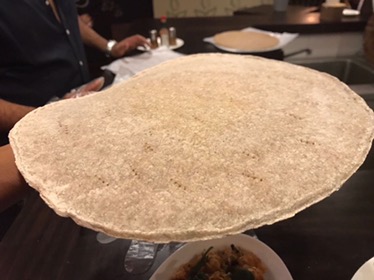 The food menu has been revamped completely, retaining certain signature dishes. Most of the food items on the menu have been prepared with spent grain and are low on GI – So wheat, maida, corn, sugar etc is out of the menu!

Spent grain is the residue left over after the Wort, which is the liquid extracted from the malt during the brewing process. This residue is very healthy, super rich in protein, fiber content and a lot of macro nutrients.

The bread, buns, bao, and cookies made from spent grain with chef Ubeid’s expertise make these common dishes unique. Some of the interesting dishes made from spent grain are; Dark Malt Bao, a bao made from dark malt used to make brews with a stuffing of Teriyaki Chicken or Chilly Tofu, TJ’s Spent Grain Pelmeni is a healthy spin on a native Russian dish, Pelmeni comes with a filling of either Spinach and Ricotta or Chicken.

Let’s get down to our trial!

TJ’s Quin B – This was my favorite – has a mix of banana and clove in it. Very refreshing and smooth!

TJ’s Buck B – This one was a dense beer with a nutty flavor. The ingredients are buckwheat and malt.

French Onion Soup with Spent Grain Toast: I was trying not to finish it, as this was a tasting – but couldn’t stop! What lovely flavor. Also, they import the cheese. And mind you none of the cheese that is served in any form is processed! 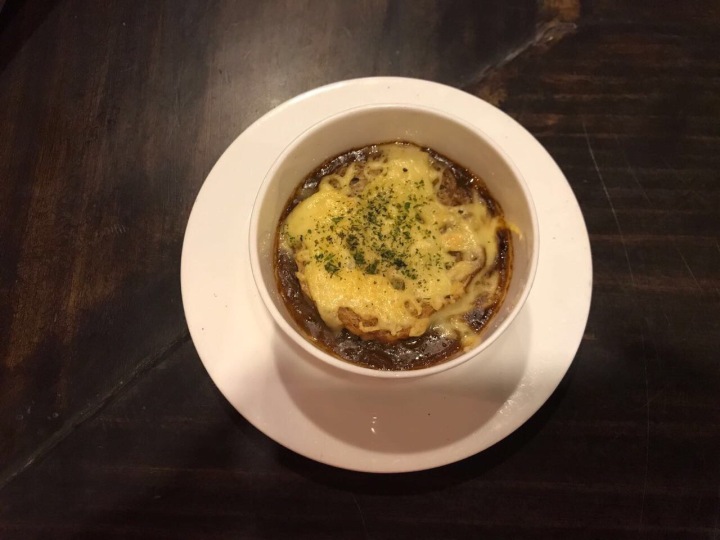 Warm Potato Salad with Beer Mustard Dressing: One could just feel the warmth of the potato. This also enhanced the mustard flavor in the salad which was a yay for me.

Spent Grain Crusted Jalapeno Poppers (Appetizer)- This is from the old menu but with the spent grain crust. Just as yummy as the old one but guess what!! HEALTHY!!

Spent Grain Crusted Onion Rings (Appetizer) – I love it when the onion breaks well and this one did just the same. Again screaming out loud the word healthy! #HighlyRecommended

Beer Braised Chicken (Appetizer) – a classic from the old menu!

Spent Grain Crusted Calamari Dusted with Gunpowder (Appetizer) – They were soft, a good bar bite. Also an encouragement for those who like a guilt free evening on delicious bar bites and a healthy beer to go with it

Beer Braised Lamb Shank with Mashed Potatoes (Main Course) – A must try for the mutton lovers. The mash and the sauce were perfect! #HighlyRecommended

Four Cheese Spent Ravioli with Roasted Tomato Sauce (Main Course) – A great dish here! Think about it, gorging on such fabulous dishes and not feeling guilty. It gives you a full stomach feeling without making you bloated. It certainly leaves space for dessert and a comfortable walk after all your dinner revelries 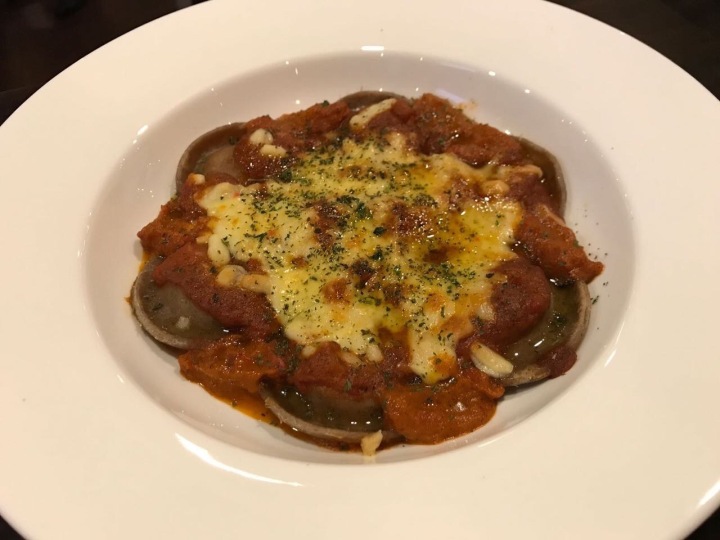 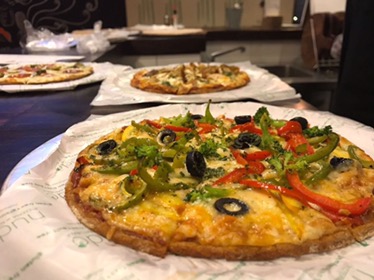 This makes JUNK healthy!!! They have their own signature range, plus you can make your own pizza too. Each one of them had a unique taste. It feels good to actually say that I am having a low calorie, protein, and fiber rich pizza. Pune Nightlife recommends Nudo Pizzas. The whey protein used here is an import from the US. 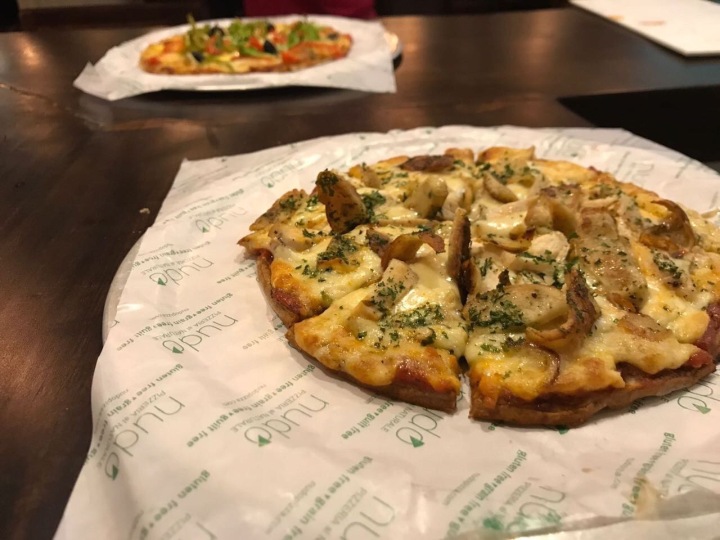 Grain Free Rich Chocolate Buckwheat Cake (Dessert) – Oh my God! The chocolate was divine – and knowing that the base is buckwheat makes you feel so-not-guilty! Besides, it doesn’t count as a cheat either!

Passion Fruit Cheesecake (Dessert) – This made the tummy so happy! Passionfruit is my favourite – and I repeat myself, extra happiness knowing that these desserts are healthy.

Maple Syrup and honey are used as sweeteners in the desserts.

The amount of interesting information that Girish has provided, trust me I could write another blog on it! We met with our favourite man TJ too during our tasting and he looked fit as a fiddle, all thanks to the collaboration with Nudo. TJ says “This combined effort as it is obvious to us now, can thrive and can potentially conquer more bastions in the culinary domain. There seems to be a sacred/divine underlying purpose too – To Heal while the people indulge in eating and drinking. That satisfaction is hard to translate in words, but enough to just bask in the sunshine of that good feeling! Our Business is our CSR activity!”

So guys! Head out to TJ’s and try out these innovative super beers and guilt free food!