Icekraft is the new kid on the block for desserts and ice creams. Their primary claim to fame is their Black Monster, an ice cream made using activated charcoal powder to give it a dark soulless black look. With 3 outlets already in Pune, Icekraft is a fast growing chain of unique dessert offerings.

The place is certainly generating a lot of hype on social media thanks to their black monster which is something very Instagrammable. However is the place worth the hype?

We recently got a chance to visit their FC road branch which is cozily nestled in a by-lane. But easy to navigate thanks to Google Maps. With seating inside as well as upstairs, Icekraft has been decked up in a white and blue theme which gives off a very comfy feeling. 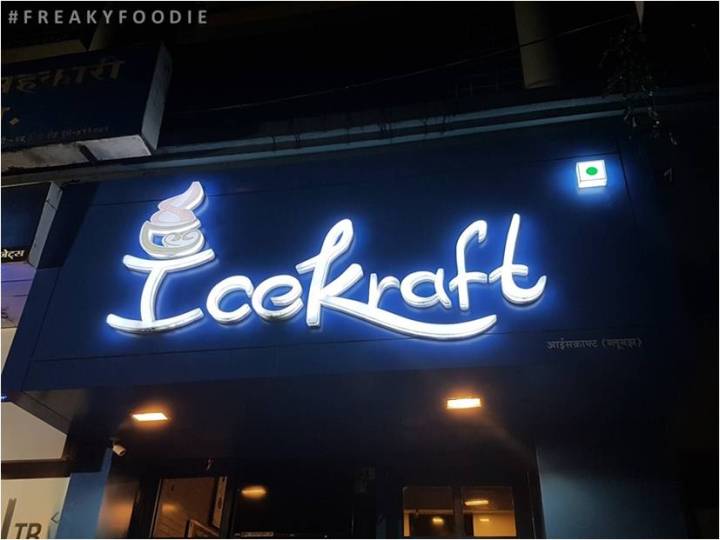 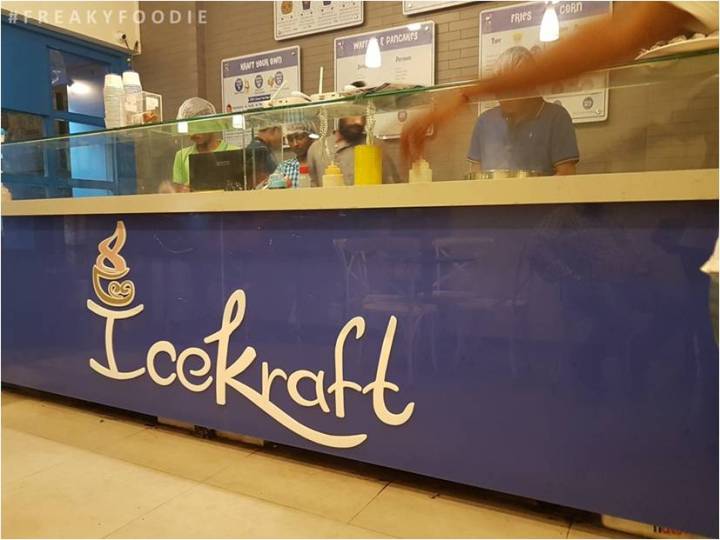 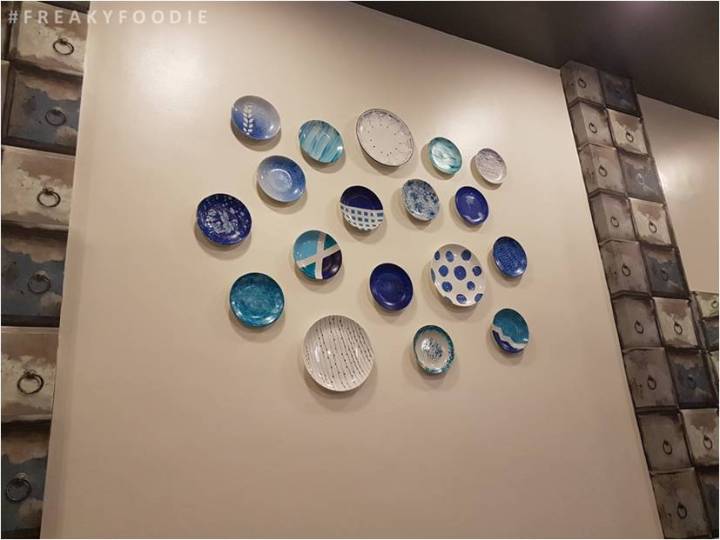 The Hurricane Fries [Rs. 79] had a nice chatpata taste to it. Once again something different, twisting a long peel of the potato on a skewer before frying. Thankfully, the potato managed to retain some of its softness and wasn’t too crispy.

Unfortunately the Zucchini Fries [Rs. 89] had too hard a coating making it difficult to bite into and enjoy.

The Sweet Potato Fries [Rs. 79] as well as the Crinkle Cut Fries [Rs. 79] had the lovely combination of sweet and masala flavors however every portion of fries seemed to have been sprinkled with the same masala.

The Steamed Corn with Pepper [Rs. 69] provided a little relief from all the fries parading on our table. Steaming hot, it had just the right amount of pepper and other masala on top. Not being a fan of anything with “lemon squeezed on top”, I personally didn’t like it too much however my co-bloggers loved it.

Coming to the crux of the matter why we were called over, the desserts at Icekraft were highly anticipated.

When Mohit asked us which flavor we prefer the most – coffee or chocolate, our indecision led him to combine the two [isn’t being indecisive good sometimes?? 😉 ]. Instead of a choco base, the coffee base was used to prepare the Absolute Chocolate Freak Shake. So the Coffee based Absolute Chocolate Freak Shake [Rs. 265] had a coffee base, Oreo, Nutella, brownies, choco-chips and hot fudge. A delicious behemoth, this one was the chocoholics ultimate fantasy. #YumYum#HighlyRecommended

The Chocolate Pancake served with maple syrup had lovely chocolate-y flavors but the pancake was too thick and that skewed the flavors a tad.

Icekraft’s claim to fame is the black ice-cream made using activated charcoal powder. And that is what we were eagerly waiting for.

Mohit was kind enough to whip up a special dish for us, not on the menu. The Black waffle with Black Ice Cream was a special combination made using a black waffles as base instead of the usual chocolate waffle. Maybe a little too much black but the taste was amazing. So much so, we ended up ordering extra ice cream to go with the waffle. #DeliciousDelicious

The Black Monster had the typical grunge look to it – black waffle cone and steel gray ice cream, which looked eerily like cement. Trust me, the taste is nothing like it. A true case of deceptive looks. One look and I was hooked. Never have I ever seen anything that is such a true representation of my own soulless self – such darkness, so much angst, such mystery. #YumYum

With the black monster being by far the most trending food item on social media with its grunge appeal, Icekraft is certainly giving competition to other dessert bars around. Having said that, their freak shakes and fries too are worth a mention.

A big shout out to Ishita for inviting us and Mohit and Team Icekraft for hosting us.

An IT consultant by day, Maanas morphs into a passionate blogger by night, merging the two passions of his life – food and writing. He has been blogging about food for about 2 years now and written more than 150 reviews spanning 3 blogs. He has recently started blogging about Travel as well as Fashion & Lifestyle.

Co-Founder of the popular bloggers team – The B Team, Maanas handles their branding as well as social media.

He was declared the Runner’s Up in the General Food Blog at the India Food Bloggers Awards 2016 and has also been featured in Citadel magazine and Sakal Times. Radio One too has featured him on air during their Bloggers Week initiative.