The power of 3 important factors works best for this amazing restaurant located in Koregaon Park, Lane 5 (near Nature’s Basket). 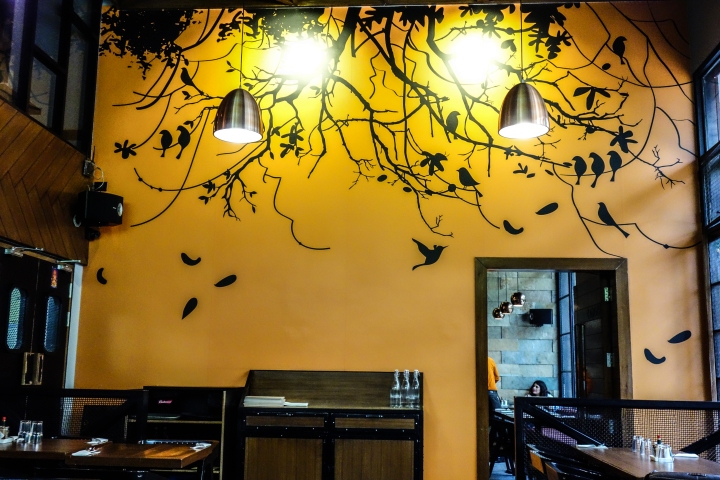 Kargo welcomes Puneites with its elegant interiors, vintage vibes, dim lights and an option to choose between the comfort cozy ground floor and mezzanine floor.
Coming back to the influencers, plethora of options, place for one and all & the value for money attracts foodies to this place. In addition to the wide range of Indian, European and Indonesian food, they’re set to introduce some more options starting this September.

Let’s have a look at the food served to us on a bright sunny afternoon:

Soups first, we started with standard affair- Tomato Soup which was Spanish tomatoes with rich cream and tangy flavor.

Almond broccoli soup was a welcome change which was followed by Cream of garlic with mushroom phyllo, garlic played well with mushroom dumplings #anurecommends
Maa ki tai thong was the last one in this section, again mushrooms did a good job here.

When you think of rajma its either ‘maa ke haath ka rajma chawal’ or the best dhaba style served in North, here they serve you with a twist called Rajma chawal arancini (small balls of rice stuffed with a savory filling) this is cheesy rice balls with Indian spices and rajma. This one had less rajma more of the other ingredients, some balance is required to make it perfect!

Kargo and Naanzas are synonyms, this place offers the best naanzas in Pune. Naanzas for you is indian-italian combo of naans in the form of thin crust pizza base topped with your fav veggie or chicken chunks. They have four variants as below:

Piquant chicken- loved the chicken overload in this #anurecommends

Some more starters were on our table, Moroccan peri peri chilli rubbed chicken- the spicy marination wasn’t properly done which made it slightly under cooked.

Next dish was relished by all the foodies, it was the tricky melange of Mustard with prawns, very nicely done #anurecommends. 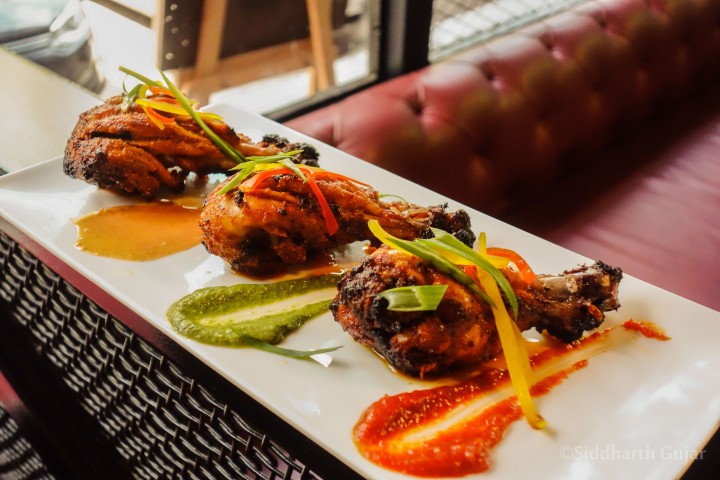 Crispy fried mushrooms is a similar concept like the rajma chawal arancini, however the mushroom balls were too huge and hard despite generous amount of cheese.

In between all this, we also tried the Kargo special salad bowl which had loads of fresh tomatoes, lettuce, bell peppers and vinaigrette, one can certainly try it for the love for salads and a good option while maintaining a strict diet plan.

A decent Cottage cheese starter with fusion of Mediterranean spices was just average.

Moving on tried the Chicken khow suey, loved the coconut flavor which did not overpower the other ingredients.

Nicely marinated Fish with in house salads and sauces was the right way to shift our focus to some interesting main course items.

We started with Kargo chicken masala which is served with rice/ naan, we opted for the former loved the tanginess in cohesion with the garam masala, spices, this is one of the best chicken masala version tasted after a long time #anurecommends.

This was followed by Rendang mutton curry, rendang is a spicy meat dish which originated from the Minangkabau ethnic group of Indonesia, and is now commonly served across the country ( information courtesy Google). We quite liked this with buttered rice which went well with the rich, thick curry #anurecommends.

Before the DESSERT calling Anu time, tried the yummilicious prawns curry with a strong coconut addition, tasted nice with rice.

My love and weakness for desserts is known to all and oh boy, all the desserts here were sinful indulgence!

Loved the Mango lime panacotta, panacotta with the subtle lime addition tasted yum. Amidst juggling to capture the perfect shot, Dulce de leche, Red wine and gooseberry ice cream were on our table.

Coffee lovers, Dulce de leche is for you all, and for people who love to experiment gooseberry ice cream comes with the pleasant surprise in the form of red wine.

Pan and gulkand, I love both and when it comes with a ice cream, it’s cherry on the ice cream.

We concluded the fantastic meal with Walnut and chocolate mousse, this strikes the right balance and was a delight to binge on #anurecommends all of these lovelies.

Overall, we enjoyed the food and needless to say going back for more…

Thank you Siddharth Gujar for the lovely snaps & extending the invite, Hatim Lokhandwala and Team Kargo for hosting us!

Anu is a Bong by genes,Punekar by birth, Media professional by choice and Foodie by heart. Food Blogging for her is not being a critic, but it’s all about relishing the flavours to the fullest, thereby share experience.