After wowing foodies across the country, Mamagoto, India’s first Pan Asian Café, and Dhaba Estd 1986, the king of highway cuisine, have finally arrived in Pune at The Pavillion, SB Road. 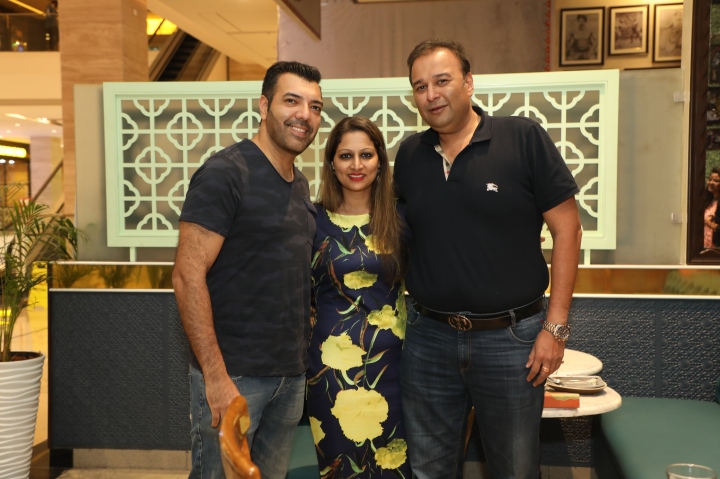 The guests were found appreciating the diverse graphics, traditional objects and oriental street art at Mamagoto, that define the new design language. The kitchen team, helmed by Janti Dugal, had a great time dishing out new signature recipes of maki, Thai Puchka bites and other short eats, that the guests couldn’t have enough of.

At the same time, everyone was floored by the humble dhaba experience right from the immersive kitschy décor inspired by 80s & 90s retro India to the entertaining Bollywood beats, the authentic highway cuisine expertly ideated by Chef Ravi Saxena for which Dhaba is so popular for across the country, and the unexpected dance routine performed by the staff.

Sharing their excitement on the opening of the two, Kabir and Rahul said, “We were eager to become a part of Pune’s vibrant dining scene. We’re excited to present Mamagoto and Dhaba in a brand new setting but with the same quirky and delightful eating experience. We’re moved by the welcome and are certain Punekars will come to love the two brands in a big way.”

While Mama’s known for the authentic Asian recipes and bowls meant for sharing, and is always creating new indulgences to constantly innovate its offering, the award-winning truck of Dhaba deliciousness carries forward its legacy of 30 years with its 10th outpost in India.