Situated in one of the by-lanes of one of Pune city’s hustling and most visited locality – Deccan, INIFD Deccan – Premium Fashion and Interior Design Institute, hosted their Annual Fashion show on the 12th of January 2019 at the Westin Hotel, Pune. The institute not only provides A+ grade education system but also focuses on practical knowledge, celebrity workshops and industrial projects. One such event that plays a key role in preparing young minds to enter the fashion design industry is the Annual Fashion Show.

Each year students study the forecast and create fashion collections of the calibre of international fashion runways that are commercially viable in India and abroad as well.

This year, INIFD Deccan’s Annual Fashion Show theme was – “TREZIRE – The Awakening”. Women empowerment is the much-talked-about issue today. Women are increasingly getting empowered to decide the course of their lives and professions and realize their fullest potential. With the steady increase in the number of working women, they have gained financial independence, which has given them the confidence to lead their own lives and build their own identity. Women empowerment implies the ability in women to take decisions with regard to their life and work and giving equal rights to them in all spheres of life like personal, social and so on.  But while doing so, women also take care to strike a balance between their commitment to their profession as well as their home and family. They are playing multiple roles of a mother, daughter, sister, wife and a working professional with remarkable harmony and ease.

This Fashion show is a tribute to all those women who are every day playing their role with perfection in all sectors of life. The different themes under the main theme are as follows:- 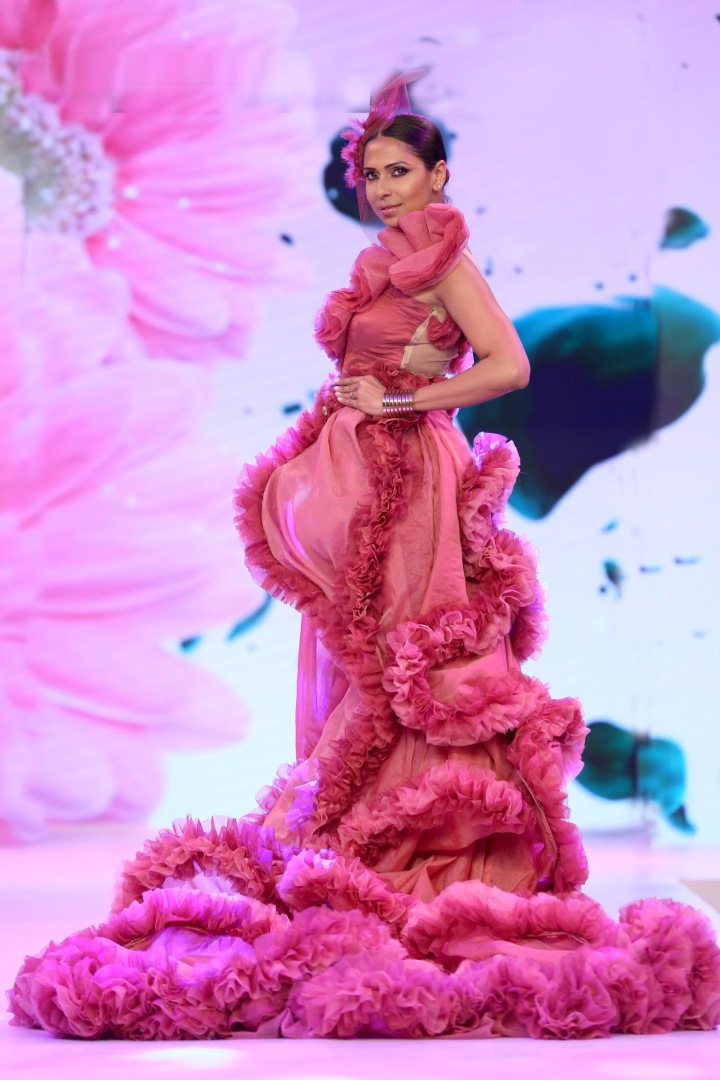 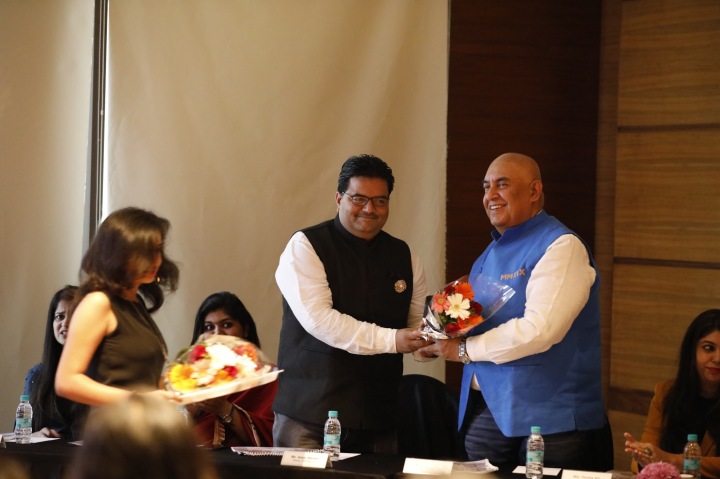 Mr Amar Khatri, Director, INIFD Deccan said that INIFD Deccan has come a long way since its inception. He also said that it gives him a great sense of pride to have shaped design careers of thousands of young minds. Also present at the event was the CEO of INIFD – Anil Khosla who graced the event with his presence. When asked about his take on Indian fashion, he said – “The world is now ready to embrace Indian fashion.” Ms Shamika Pradhan, HOD of Fashion Design Department said that “This event brings out the creative streak in each student and develops their overall attitude as a future designer.” The Internal Fashion Mentor for the event was Mr and Mrs Kanish and Shagun Behl (Owners of Desi Couture Designer Store) who supported and guided the students during the Jury.

As the Celebrity Guest for the evening, the event saw Mr Terence Lewis – renowned choreographer and known TV Judge, as a part of the gala celebration. He exclaimed, “Fashion is so ugly, it needs to change every six months.”

In the list of attendees was also one of Pune city’s best fashion blogger – Ravina Sachdev – she was the Official Fashion Blogger for the event. The event was judged by Mr Karl Mascarenhas (coveted grooming expert), Mrs Farah Anwar (Mrs United Nation 1st runner up) and Mrs Preity Mody (Page 3 Socialite and a successful luxury curator). When asked about the show, Karl said: “I am impressed with the immense talent in design students of INIFD Deccan.” Other Guest of Honours for the event included crowned beauties of Maharashtra – Mrs Gaurangi Shrawat and Mrs Namrata Dubey. The show was choreographed by one  India’s best choreographer: Shakir Shaikh. Technical expertise in the show arena makes him different from other counterparts in the Industry and gives him a recognised Position as one of the “Best in Business.”

Hair and Makeup were sponsored by ISAS, Pune. The media partner for the PR and print media were Hazel Outlook and the production partners were E-Positive. Super Models of India namely Candice Pinto, Deepti Gujral, Shahnawaz Alam were some of the models who added glamour to the fashionable night by walking for the gala. With this event, the catwalk was brought to the ramp, providing a spectacular fashion week experience, showcasing the fall’s must-have trends. The young designers were influenced by an unlikely vision for their designing career to come. The anchor Jay Karmani intermingled with the crowd and kept them engaged with a set of fun activities and games. There was a fun interview session at the entrance where everyone from the judges to the guest of honours had their light moments full of giggles during the rapid-fire question round. The guests were also seen posing with props and it made the evening all more enjoyable!